In 1995, the European Union adopted guidance 95/46/ec to regulate the protection of personal information, while gdpr, which took effect in 2018, completely replaced guidance 95/46/ec, and has become a personal data protection legal document with the most extensive and detailed provisions and the most perfect legislative technology in the world. GDPR  has great influence not only in Europe, but also all over the world, not only because its advanced legislative technology is being used for reference by other countries and regions all over the world, but also because its strong extraterritorial effect makes most commercial and non-commercial entities involved in the European market have to face up to the existence of this legislation and abide by it.

02. Scope of application of GDPR

Traditionally, data protection laws have been applied primarily to organizations geographically located in the European Union. However, gdpr has wider applicability than previous legislation. Article 3 of the regulation actually stipulates that the law applies to any activity in the EU (including countries in the European Economic Area (EEA)) that has data protection consequences for individuals. Under this provision, its scope of application mainly includes four understandings:

❐ 3. For those who sell goods or provide services to individuals in the EU, whether these services are charged or not;

❐ 4. Monitor and track personal behavior in the EU, including advertising recommendations based on user behavior.

In addition, it should be noted that "within the EU" in the above four understandings includes not only the actual territory of the EU, but also the territory legally belonging to the EU, which makes the embassies of member states located in non EU territory also become the scope of "within the EU" in gdpr. Therefore, the data processing in embassies and consulates should also comply with the provisions of gdpr. 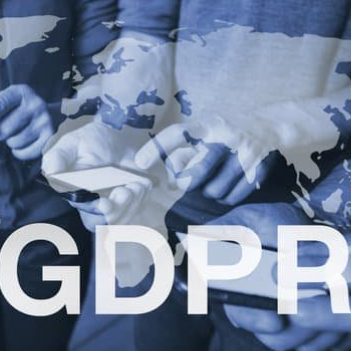 Article 4 of gdpr stipulates that "any operation or a group of operations on personal data or a group of personal data, whether or not carried out automatically, such as collection, recording, organization, construction, storage, adaptation or change, retrieval, consultation, use, disclosure, alignment or combination, restriction, deletion or destruction through transmission, dissemination or other means, constitute data processing". The definition of this processing is very broad. Basically, almost everything an organization can do with data in the life cycle of data, including initial acquisition and final destruction, as well as the storage between them, or any use of information, is equivalent to processing, which should be incorporated into the data protection legal system. It is worth noting that this definition extends to computer hard disk drives, servers, CD ROMs, or any portable storage devices that store information only, including USB flash drives. It also includes activities such as data matching, data sharing, data mining and data warehouse.

Gdpr Article 4 (7) stipulates that "data controller refers to natural or legal person, public authority, institution or other institution that decides the purpose and method of processing personal data alone or jointly with others". Generally speaking, all individual traders, self-employed owners, partnerships and companies will become controllers, including all online or offline entities, such as banks, insurance companies, law firms, supermarkets, gambling stores, opticians, dentists, medical practices, Internet search engines, pharmaceutical companies, telecommunications enterprises (including Internet service providers ('isps')), and construction companies. In addition, unincorporated associations will also become controllers, as well as schools, local authorities, police forces, fire departments, hospitals, government departments, etc. It should be noted that the data controller must also be different from the data processor, which is an entity that processes personal data on behalf of the controller.

Special types of personal data are generally sensitive data. According to Article 9 (1) of gdpr, the data controller cannot process special types of data unless it meets the provisions of Article 9 (2) of gdpr. Special categories of personal data include: 1. Race or ethnic origin; 2. Political views; 3. Religious or philosophical beliefs; 4. Whether he is a member of the trade union; 5 genetic data (used to identify a unique person); 6 biometric data (used to identify a unique person); 7 data on health; 8 data on the sexual life or sexual orientation of natural persons.

For organizations with more than one institution in the EU, gdpr introduces the concept of "principal institution" (Article 4 (16)). The location of the main institution determines which national data protection regulator will supervise the organization. Generally speaking, the location of the headquarters is the main business location of an organization, unless its decisions are mainly from another business location. If the controller or processor is located outside the EU, it must designate a representative (not required in some exceptional cases) in the EU member state where the data subject (providing goods or services, or whose behavior is monitored) is located to represent the controller or processor and deal with the regulatory authorities and these data subjects.