JAVY News | Lawyer Deng Xu interviewed the media and explained how consumers should distinguish between genuine and fake group purchases?

Many netizens reported on the social platform that the half year card of Universal Studios purchased through the third-party group purchase channel has not been received. According to the latest report of the police, the suspect bought tickets at full price and then sold them at a low price. After winning the trust of consumers, he disappeared when he bought the tickets again. Some people in the group buying group of roaming cards in the universal resort were cheated by more than 2 million. Recently, Deng Xu, a lawyer of JAVY law firm, was interviewed by Beijing Radio and television 1039 News Morning Post and gave a detailed interpretation of this incident.

This is not the first case of fraud under the pretext of selling tickets to Universal Studios. The Beijing police network announced two similar incidents last September. According to incomplete statistics of relevant platforms, the global roaming card incident affected at least thousands of people, and the amount involved may reach more than 10 million yuan. After learning that they had been cheated, some regiments chose to raise money and advance funds themselves, and first returned the money to the members of the regiment, while a small number of regiments refused to refund the money in an attempt to wait until the money was recovered. According to the latest report of the Xicheng police report, the police have arrested the suspect Zhan (male, 35 years old) after investigation. He confessed that he cheated others' money under the name of being able to buy the "half year card" of Universal Studios at a low price. 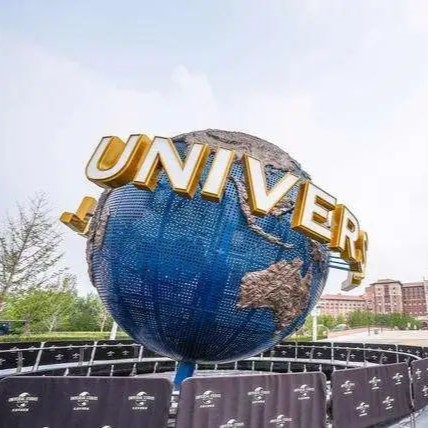 (picture from the Internet)

Some experts said that although the mastermind of this online fraud has been arrested, there are still many problems worth thinking about. On the one hand, the head of the regiment can't collect intermediary remuneration, on the other hand, he should advance money for refund. If the head of the group knows well that the upper and lower levels have committed contract fraud and provided assistance to them, or if he has fabricated facts to cheat consumers' trust, he will also face the problem of bearing criminal responsibility. In addition, does universal Resort have any responsibility for improper supervision? Lawyer Deng Xu said:

Universal resort was also a victim in this incident. The false transaction information was mainly released and realized through the group purchase platform of a third party. Universal resort has no direct legal obligation to review the relevant information. However, according to the network information, universal resort has also received relevant complaints from consumers before. If it can verify the situation in a timely manner and issue an announcement to clarify the facts, it is likely to greatly reduce the losses of consumers and itself. Therefore, this incident also sounded an alarm for our businesses.

Does the group purchase tool used in the transaction need to be responsible for the fraud? Lawyer Deng Xu said:

Some media commented that this fraud was a typical "pig killing dish" incident. Then, how to distinguish between "pig killing plate" and real group purchase? How to minimize the loss? Some experts also said that in order to put an end to such incidents, market regulators and network platforms should be highly responsible and track down loopholes.

Nowadays, the scammer's routine is also constantly upgrading, and sometimes it is unavoidable to be negligent. In case of suspected fraud, we recommend that you report to the public security organ in time to avoid causing greater losses.