JAVY Law Review | Zhengzhou 120 delayed the treatment of female college students, listening to the lawyer's detailed analysis of the faults of all parties

Recently, the news that a college student in Henan University "died of sudden cerebral hemorrhage due to 120 delayed treatment" has attracted wide attention. The recording provided by Mr. Peng, the father of the deceased girl Xiao Peng, showed that Xiao Peng had called 120 emergency center, but "120 did not send a car in time because the address was not clear", and Xiao Peng died. According to the latest news, the Zhengzhou Municipal Commission for Discipline Inspection has supervised the whole process of the investigation. The relevant departments have held the relevant personnel accountable and the operator has been dismissed. 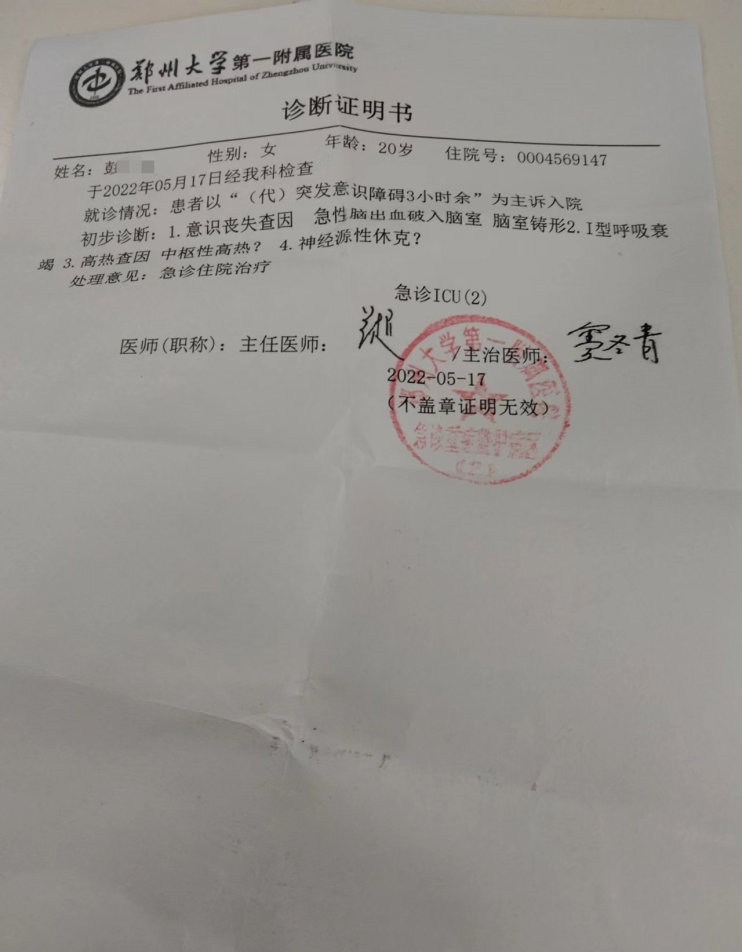 (picture from the network)

1、 The operator didn't do his job

The person who calls 120 for help must be a patient in an emergency. It is inevitable that the address, location and contact information are not clear. 120 the staff of the emergency center should have sufficient pre judgment and correct handling methods for this situation, instead of demanding that every person who asks for help should be able to describe it consciously. Moreover, the more patients who can't explain their position orally, the more likely they are to be critically ill patients, and the more they need emergency treatment. 120 the emergency center shall provide the operator with training and drill on this situation, and the operator shall be able to handle it correctly and timely.

In practice, Zhengzhou emergency center is not the first time to encounter the situation that the caller cannot provide a detailed address. The center's official website published a case of the deaf elderly calling for help in 2017. The article said that the elderly who called for help could not clearly express their symptoms and location, and the phone was suddenly interrupted. Immediately, the dispatcher locked the address by querying 120 call records, 114 number inquiry station, communication company and other means, and sent an ambulance nearby. Finally, the old man was treated.

It can be seen that the operator of the Xiaopeng incident did not do his duty.

2、 The operator's attitude is very cold, and he despises people's life and health

120 first aid can be said to be the last "straw", and the operator is the person holding the straw. Figuratively, it is like "Guanyin Bodhisattva". The operator in Xiao Peng's case not only had no "Bodhisattva heart", but also had an extremely cold attitude. He even scolded Xiao Peng that he was "also a college student in his 20s and couldn't tell the address", turning the emergency call of dozens of seconds and one minute into a "chatter" of more than eight minutes. May I ask if the operator has compassion, compassion, reverence for life and attention to the health of the masses. Imagine if you were a child of your own family, would you "wire" like this?

Article 35 stipulates that "if an emergency medical rescue institution and its staff commit any of the following acts, the municipal, county (city) or Shangjie district health administrative department shall order them to make corrections; if serious consequences are caused, the directly responsible person in charge and other directly responsible persons shall be punished according to law: (2) failing to issue dispatching instructions within the specified time;"

Article 37 "under any of the following circumstances, the first aid personnel shall be punished by the administrative department of public health or other relevant departments in accordance with the law of the people's Republic of China on licensed doctors, the regulations on nurses under the State Council, the regulations on emergency response to public health emergencies and other laws and regulations: (1) failing to take emergency rescue measures and delaying the time of rescue, resulting in serious consequences;"

Article 39 stipulates that "health, public security, civil affairs, transportation, communications, electric power and other departments and units as well as their staff members who neglect their duties, abuse their powers and engage in malpractices for personal gain in social emergency medical work shall be punished according to law; if a crime is constituted, criminal responsibility shall be investigated according to law."

4、 There is a causal relationship between the delay in treatment of Zhengzhou 120 emergency center and the death of Xiao Peng, and he should be liable for civil damages

From the current situation, if Zhengzhou 120 emergency center can send ambulances and first-aid personnel in time, it is likely to avoid the tragedy. In practice, disputes over liability for damage caused by 120 first aid misconduct are also common. Next, Xiao Peng's relatives can bring a lawsuit to the people's court based on the public security investigation results, judicial expertise opinions and other evidence, claiming that Zhengzhou 120 emergency center should pay death compensation, funeral expenses, spiritual damage solace and other expenses.

It is hoped that the occurrence of the case can attract the attention of relevant departments and promote the civilization and progress of the whole society.